Home » The 6 Main Roles of the Designated Employer Representative

The 6 Main Roles of the Designated Employer Representative 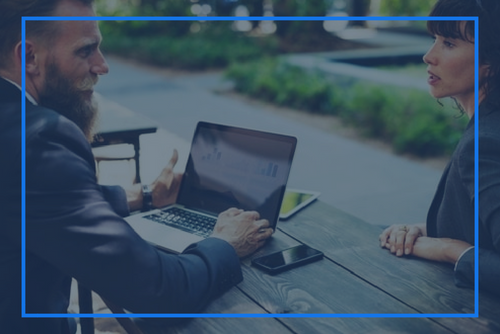 There are supervisors, employees, third-party administrators, medical review officers (MRO), and substance abuse professionals (SAP). There are drug testing labs, breath alcohol technicians (BAT), collectors, and the DOT and administrative agencies themselves. In the middle of all this stands the DER.

And for any given designated employer representative, all of the varying responsibilities can feel overwhelming. It’s just complete and utter chaos… 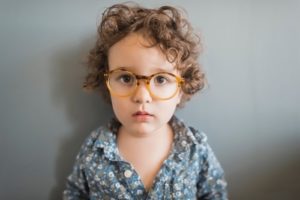 In a first step to clarifying this whole mess, we have categorized the six main roles of the designated employer representative. Those six roles are as follows:

The first role that the designated employer representative must fulfill is as the DOT testing program in-house counsel. If a supervisor or employee has a question about the testing program, the DER must be able to answer sufficiently.

The DER is the point-of-contact for any testing program questions.

And as the point-of-contact, the DER has four responsibilities.

First, they must prepare and update their company’s DOT drug and alcohol testing policy. Meaning, the designated employer representative must know the testing program rules well enough to create a company policy out of them, which leads us to our second responsibility.

Second, they must review DOT drug and alcohol testing rules and use them as a resource. By doing this, DERs will be better prepared to handle the roles after this one. To manage a testing program, for example, DERs must know the testing rules and procedures. Straightforward enough.

Third, they must effectively communicate their knowledge to supervisors and employees. It is one thing to know this stuff. It is another thing to have the ability to explain it clearly to others. Designated employer representatives must have both the knowledge and the communication skills.

Fourth, they must visibly support the testing policy and program. This may actually be the most important point in this section. Because if DER’s don’t know an answer to a question they can always look it up. If they forget some aspect of the DOT testing rules, again, they can go back and review.

But if designated employer representatives don’t take the policy seriously, no one in the company will. If a company’s DER is consistently unable to answer questions and brushes off the importance of the testing program, it is going to impact the entire company’s attitude towards it.

First, they must establish, communicate, and enforce company procedures for testing. So as the testing program expert, DERs must create a testing policy.

And even for those agencies that don’t require more than one person’s observations, it is still a good idea to get verification from a second person.

In many instances, that second person doing the verifying is the designated employer representative.

Third, once a supervisor has determined reasonable suspicion and the DER has verified it, they must act swiftly to remove the employee from safety-sensitive duties.

The more time an employee performing safety-sensitive duties under the influence continues to work, the more danger his co-workers and community are put in.

Fourth, they need to make sure supervisors and employees are trained and educated on DOT drug and alcohol testing programs. That training must include facts on drugs and alcohol, reasonable suspicion testing, and DOT testing program fundamentals.

Fortunately, we happen to know a company that makes pretty decent drug and alcohol training…

The third designated employer representative role is the testing process administrator. There is plenty of administrative work involved in the drug testing process. And the DER must give some TLC to every step in the process.

First, they have to initiate drug and alcohol tests with specimen collectors and BATs.

Then, as the test results reach the labs and then the MROs, they need to be accessible to issues that arise during the testing process. Sometimes the specimens may be incomplete or adulterated in some way; or the lab makes a mistake and loses a specimen; or the lab suspects that the employee tampered with the specimen in some way.

These are a few examples of issues that could arise during the testing process. The DER needs to be prepared to respond.

Third, designated employer representatives must take appropriate action after receiving test results from BAT’s and MRO’s. If any employees tested positive, there may be follow-up testing depending on the substance. Regardless, DER’s will have to remove those employees from work duties until everything is resolved, one way or the other.

Finally, DER’s must coordinate any appeals made by employees. This step usually involves paperwork. So it’s best that DER’s educate employees up front so as to avoid positive test results and appeals situations. It’s the adage, an ounce of prevention is worth a pound of cure. In this instance, the saying holds true.

The designated employer representative has to involve and incorporate several third-party service agents in the DOT drug and alcohol testing process. And with that in mind, the fourth role is as the service agent director.

As the service agent director, they have three main responsibilities.

They must select and contract with qualified service agents.

They must establish methods for confidential communication with those service agents, specifically consortiums, collectors, BAT’s, MRO’s, and SAP’s.

And they must monitor and evaluate service agent performance and compliance.

This last responsibility is important because even though much of the work is done by the third party service agents, the liability still falls on the company. Legally speaking, any service agent mistake is effectively your company’s mistake.

Many DER’s do not actually direct the service agents. Rather, they delegate the work and disregard it from that point on.

But DER’s who disregard their service agent director role put their companies at risk of legal and fiscal repercussions. Because while, yes, it’s not good business for a service agent to botch their tasks and put their client in the sights of legal harm, it can and will happen.

With that in mind, DER’s need to be there to catch any service agent errors before those mistakes take all parties down.

Any employees who have violated DOT drug testing rules must complete the DOT return-to-duty process before returning to work. It does not matter whether that employee violated rules when at your company or another company.

As the enforcer, designated employer representatives have a few responsibilities.

First, they must refer employees who have violated DOT drug testing rules to a substance abuse professional (SAP). Once there, the SAP will evaluate and treat the employee.

Afterwards, DER’s must obtain the education and treatment protocol for the employee as laid out by the SAP. The plans usually involver return-to-duty-testing, follow-up testing, education, and after-care.

Once the protocol is determined and set into motion, DER’s must follow through with it on schedule. They must schedule and receive test results of required return-to-duty and follow-up tests. And when the results come in, they must act accordingly.

If the test results are negative, they should continue through the SAP protocol. If they are positive, though, the whole process comes to a halt and the employee is done for.

Compliance coordinator responsibilities are largely administrative. The goal is to ensure that the company meets record keeping and reporting requirements of the DOT and administrative agency.

And while it is largely paperwork, it is no less important than any other of the roles, especially if a company gets audited.

If the paperwork is not in order and an audit comes in, you and your company are going to have a challenging few months, at very least.

So the DER has to wear many hats, and wear them well, if their company is to avoid any setbacks in the drug testing program.

So to all you DERs out there, make sure you are taking care of business. Don’t let the business take care of you!