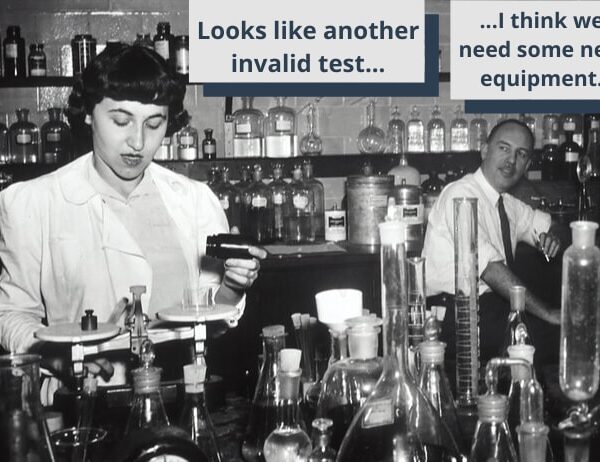 A cancelled drug test is one in which the Medical Review Officer (MRO) finds a serious flaw in the testing process. It is neither a positive nor negative test result. That means an employer cannot use it as a basis for removing an employee from their duties. But, on the other end, employees cannot use it in the instance that they need a positive result.

The Medical Review Officer cancels the test for this express purpose: to render the test null and void. As we will discuss, though, it may be used as basis for a retest in certain instances. And in others, it may make sense just to leave it as it is.

Who is the Medical Review Officer?

Some of you may be wondering what the heck an MRO is. That’s a good question. In the world of drug and alcohol testing, there seems to be an acronym for just about everything.

For the answer, though, we need to provide a rough outline of the drug testing process. When a drug test is conducted, the collector sends the specimen to a lab. The lab then tests the specimen and sends its results to the aforementioned Medical Review Officer.

The MRO is a medical doctor with knowledge of controlled substance abuse disorders, aspects of adulterated and substituted specimens, and the DOT regulations regarding drug and alcohol testing.

Along with that “basic knowledge,” if you would call years of medical school and specialized knowledge of substance misuse basic, they also must take qualification training involving:

The MRO’s responsibility is to interpret the lab results. They must figure out what the lab results mean. Why did this individual’s result come back negative? Why did this one come back positive? And why was this result invalid? The MRO must answer these questions, following the procedures outlined in the federal drug testing regulations.

As mentioned earlier, the MRO is the person who decides to cancel a test.

Why Does The MRO Decide to Cancel a Drug Test?

As stated at the beginning, the MRO makes the call to cancel a test after finding a serious flaw in the testing process. This flaw could impact the accuracy and validity of the test result. Let’s run through several instances of a cancelled drug test.

A “fatal flaw” is an error in the drug testing process that cannot be corrected. The lab may notice one of these flaws on the Federal Custody and Control Form or with the specimen itself. In this instance, the lab will reject the specimen for testing and report to the MRO that the specimen was rejected for testing.

At this point, the MRO will cancel the drug test.

Also, the MRO may identify the fatal flaw themselves. If this is the case, it does not matter what the lab reported to the MRO. Regardless, the MRO will cancel the test. After cancelling the test due to a “fatal flaw,” the MRO reports to the relevant federal agency the cancelled drug test. The agency then determines whether to do a retest (this is for a DOT drug test).

Here is a list of examples of “fatal flaws”:

In any of these instances, the MRO reports a cancelled drug test.

Depending on who made the mistake as well as who recognized it, those parties will set to correcting it. The responsible party will add an MFR (memo for the record) to the CCF in the appropriate time frame, and the test and its CCF will go on its merry way, avoiding the straits of cancellation.

But in those cases where the mistake is not corrected in a timely manner, the MRO is forced to cancel the test.

Correctable errors are possible at all steps of the drug testing process. The collector could forget to sign and print their name on the CCF, or the lab could fail to remark on why they redesignated the primary specimen for the split specimen. The MRO and the lab are the likely parties to recognize an error.

That being said, the MRO is the safeguard of the process; if they make a mistake, the only way to correct it is through a donor appeal. And if the mistake is in favor of the donor, and the donor receives a false negative somehow, there is no recourse.

Just as with our justice system, the drug testing process errs on the side of the innocent.

An Invalid Test Result: All Roads Lead to a Cancelled Drug Test

Here is where the permutations of possible outcomes start to vary. But despite many possible avenues, they all end with a cancelled drug test.

What is an Invalid Result?

An invalid result is reported by the lab to the MRO when the specimen does not pass the lab’s validity testing.

Validity testing is the testing of the specimen by the lab to check for any tampering. The lab does this validity testing with all specimens prior to testing for substances. Certain conditions and additives can interfere with the accuracy of drug testing results. Thus, it is an important step in laboratory testing.

In some instances after validity testing, the lab will determine that the specimen was adulterated or substituted. In these cases, the MRO will report a positive test result. But they will do so only after undergoing an investigation into potential legitimate medical explanations without any avail.

But an invalid result is different than an adulterated or substituted result. It isn’t clearly related to tampering. Thus, it doesn’t put the donor’s employment fate on the chopping block — necessarily.

The lab reports an invalid result in any of the following instances:

An invalid result usually indicates that the lab doesn’t have any clear idea as to why these substances were present or what caused the interference. It is up to the MRO to investigate and draw out a sharper image.

What the MRO Does When Receiving an Invalid Result

The first thing the MRO does is contact the lab to see whether there are any other labs that may have more success in testing the specimen. If so, the specimen is sent to that lab and given another shot. If possible, the MRO and lab would like to avoid a cancelled drug test.

If not, the MRO must contact the donor to ponder any legitimate medical explanation for the invalid result.

If the MRO finds a legitimate medical explanation that the donor can verify, the MRO cancels the drug test and does not require another test.

But if the donor cannot provide a legitimate medical explanation for the invalid result, then the MRO makes it a cancelled drug test still but requires a retest. The retest must be a directly observed drug test.

If the test was invalid because the pH of the sample was slightly off, the MRO considers whether time elapsed between collection and testing as well as any exposure to high temperatures could have affected the result. The MRO usually considers this after having the chance to question the donor.

Upon inspection, if the MRO deems this plausible, then the MRO will cancel the drug test and not require a direct observation drug test.

If the MRO finds it unlikely that time and temperature could account for the invalid drug test, then the MRO makes it a cancelled drug test and orders a directly observed drug test.

If the donor admits tampering to the MRO during inquisition, the MRO cancels the drug test but reports a verified refusal to test.

What if the Donor Requires a Negative Drug Test?

If the drug test is a pre-employment, return-to-duty, or follow-up test, the donor must receive a verified negative result to proceed. In these instances, the MRO will require a directly observed retest after cancelling the test.

Even in instances where the donor has legitimate reason for the invalid test, the MRO will still require a directly observed test. This is somewhat of a bummer. But it is part of the rules. If you invoke suspicion in any way, you have to do the next collection under direct observation.

In parting, a cancelled drug test is one that the MRO renders unusable for one reason or another. Someone committed a fatal flaw; someone failed to correct a correctable flaw in a timely manner; or the lab reported an invalid result. Whatever the reason, the MRO could not use the test to verify a result in any particular way.

A cancelled drug test is neither a negative nor positive result. In some instances, it may mean the donor must do a retest. In others, the MRO simply cancels the test and leaves it as is.

Either way, it is the point in the drug testing narrative where the leads tend to run stale, and the sleuths must content themselves with the unresolved ending or start again from the top. 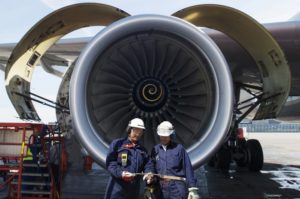 FAA Drug Testing: How It Is Different

FAA drug testing has rules that apply only to FAA-regulated companies. They can be found in 14 CFR Part 120. The other DOT agencies have