How Do You Determine Reasonable Suspicion for Drug and Alcohol Testing? 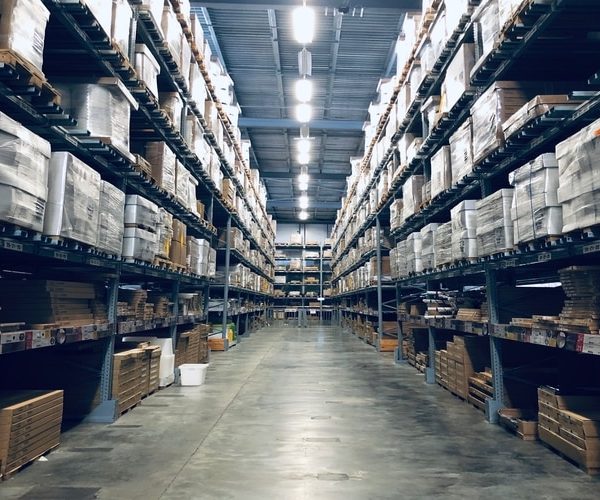 If a supervisor in a DOT testing program fails to test when there is justifiable reasonable suspicion, it could mean disaster.

Consider this scenario. A supervisor recognizes that a driver’s speech is slurred. This driver is getting ready for a long haul across the country. The supervisor does nothing, and the driver sets off to work. The driver then gets in an accident that results in two fatalities.

Obviously this would be a worst-case scenario. But the supervisor could have prevented this accident. He had what is called “reasonable suspicion” for testing. He had a clear observation of drug or alcohol use.

So what exactly does that phrase mean, reasonable suspicion? Simply put, it is a standard of evidence. In our context here, it is used to determine whether you have enough evidence to test for drugs and alcohol. It is reasonable to suspect that, if tested, the employee would test positive for drugs and/or alcohol.

Before digging into the meaning of reasonable suspicion, let’s clarify the employees who you need to pay attention to.

Who Is Subject to Reasonable Suspicion Testing?

For DOT-regulated companies, all safety-sensitive employees are subject to DOT reasonable suspicion testing.

Again, you can find the answer to who must take part in testing in your company’s testing policy. It will reflect these drug-free workplace program standards.

What Is Reasonable Suspicion?

It is based on specific and articulable facts, that can then be used to infer something about the person in question.

In other words, there is factual reason to suspect something of this person.

What Constitutes Reasonable Suspicion For Drug and Alcohol Testing?

In the case of reasonable suspicion for drug testing, those specific and articulable facts are the signs of alcohol or drug use, and the inference is that the employee is drunk or high.

The standard, though, is the important part here. To do a reasonable suspicion test, you do not even have to think that an employee will probably test positive for drugs or alcohol. Instead, you just have to have factual, specific and articulable facts that could be used to infer that that person would test positive. Maybe you can explain them away as having other causes, but that does not change the fact that they are there.

Reasonable suspicion is an inference that someone will indeed test positive for drugs or alcohol. It is not necessarily a likelihood or probability.

So, as long as there are clear signs that you can document and articulate, a reasonable suspicion test is not only warranted but required.

And this standard for evidence holds for both DOT and non-DOT settings.

With this standard of evidence necessary for testing in mind, there is nothing wrong with requiring a reasonable suspicion test that ends up being a negative result. The result of the test is almost beside the point.

Your job as supervisor is to notice the signs that can infer drug or alcohol use. It is not to have probable cause for thinking the employee is using drugs or alcohol. You do not need any proof further than the signs themselves.

As just discussed, you must have at least one specific and articulable sign to have reasonable suspicion for drug and alcohol testing.

But when we are dealing with drugs and alcohol, supervisors’ observations also must be “contemporaneous.”

Contemporaneous means to exist or occur in the same period of time. You have to make your observations when the suspected employee is at work or on safety-sensitive duty.

You must observe signs of current alcohol use. The observations shouldn’t indicate just chronic use or withdrawal symptoms.

Also, you must observe signs of current alcohol use when the employee is performing, about to perform, or just finishing performing safety-sensitive functions.

For example, if the employee is at work but is not scheduled to perform safety-sensitive functions on that day, then a DOT reasonable suspicion alcohol test is not allowed. Depending on your company’s policy, though, a non-DOT test may be warranted.

Reasonable suspicion alcohol tests must align with safety-sensitive work because alcohol is not illegal. If an employee drinks alcohol it is not a violation. Drinking while on duty or right before duty is the violation.

Of course, the signs and symptoms of current and chronic use tend to overlap. This is one reason why the standard is not probable cause but instead reasonable suspicion. It may be difficult to determine whether the sign or signs you observe are from current or chronic use.

As a result, you may not be able to say that they would probably test positive if tested right now. You would not have probable cause. But based off of your observations, you could be able to infer drug or alcohol use. So you would have reasonable suspicion.

With the reasonable suspicion standard, you cast a broader net, making it less likely that a safety-sensitive employee puts the public at risk.

Whether the observations are of current or chronic use is not as important with drugs as it is with alcohol. Drugs stay in your system longer than alcohol, so you are still likely to test positive even if your observations were from drug use several hours ago.

Also, the 5-panel drugs are all illegal, so it doesn’t matter whether the suspected employee is on safety-sensitive duty or not. If they test positive for one of the 5-panel drugs at any time, they are in violation of DOT policy.

How Can You Tell if Someone is Under The Influence: the Signs of Drug and Alcohol Use

When determining reasonable suspicion for drug and alcohol testing, we like to bread down your observations into forms and types.

First, you make your observations in one of the four following ways:

For example, you may see that an employee’s eyes look unusually red and bloodshot. You may smell alcohol or cannabis on an employee. Maybe you touch an employee’s palms and notice a huge amount of sweat. Or, you may hear an employee talking way too loudly and frantically to a co-worker.

Drugs and alcohol can affect people in different ways. The above types give you a structure in which to categorize the signs you notice.

With mood, you may notice changes in behavior and speech. The suspected employee may be highly energetic or lethargic. She may speak rapidly, or she may speak slowly and incoherently. The main sign, though, is that something is abnormal with the employee’s mood.

Next are the physical signs, which you would notice by an employee’s appearance. Glossy or bloodshot eyes, dilated pupils, heavy sweating, nausea, and heavy breathing may all be physical signs of drug or alcohol use.

Sensory effects involve the suspected employee’s five senses. Drugs and/or alcohol can either diminish or heighten these senses. If you notice that an employee is enjoying music way more than normal, or is especially sensitive to sound or light, then this would be an example of a sign involving sensory effects.

Signs of Drug and Alcohol Use Conclusion

Once you understand the forms and types of observations, you can easily articulate your observations.

With this in mind, you should write down your observations before making an employee do a reasonable suspicion test. First, you need to articulate them specifically and objectively on paper. Then, you can use what you wrote as notes with the suspected employee and with anyone else in the future who might ask for your observations.

A Note About Medical Emergencies

Part of our goal with this post on reasonable suspicion training is to empower supervisors to make the call to test when the signs warrant it. So we don’t want to put too much on your plate, causing you to hesitate in your decision.

But we do have to note the fact that many medical emergencies can present with similar signs to drug or alcohol use. For example, nausea, shortness of breath, and sweating all can be signs of cardiac arrest.

We don’t want this to stop you from testing when it is warranted. But we do want it to be part of your reasonable suspicion testing process to rule out any medical emergencies before moving forward with testing.

Even if you still think the medical emergency was brought on from drug or alcohol use, safety and health come before testing. Rule it out. Then proceed.

When determining reasonable suspicion for drug and alcohol testing, you have to consider a few things. Are your observations specific and objective? You need to write them down to find out. Put them in the appropriate forms and types when doing so.

Are you making your observations at the right time? If you observe signs of alcohol, the right time is different than if those signs were of drugs.

And in one final word, having reasonable suspicion for drug and alcohol testing does not need to mean that you think the employee will probably test positive. It only means that your factual observations may indicate that they will.

A negative test result does not mean you were wrong to test. You should not be afraid of this scenario.

Have ever had to do reasonable suspicion testing before? Let us know about it in the comments section. We’d love to hear your stories.