FAA Drug Testing: How It Is Different 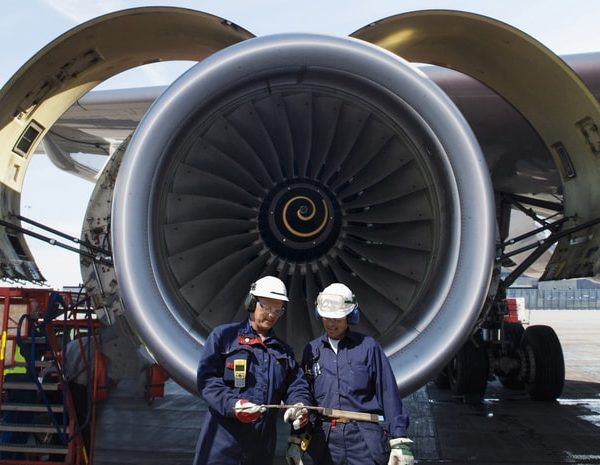 FAA drug testing has rules that apply only to FAA-regulated companies. They can be found in 14 CFR Part 120. The other DOT agencies have their own rules. Those agencies include the FMCSA, FRA, FTA, and PHMSA.

We also have a post covering DOT drug testing requirements. It is relevant to all DOT agencies. Learn about the DOT testing procedures, safety-sensitive positions, testing safeguards, and DOT drug testing situations in this post.

FAA drug testing has specific rules for the following:

The FAA Random Testing Rates for Drugs and Alcohol

Random testing rate is a percentage of a safety-sensitive workforce that must get drug or alcohol tested over the course of one year.

The FAA random testing rates in 2019 are as follows:

What this means is that if you have 100 safety-sensitive employees, you must have 25 random drug test results in a given year. And 10 random alcohol tests per year.

What if One of My Employees Gets Chosen for Testing Multiple Times?

I say test results and not number of employees tested for this very reason. One employee may get tested multiple times. Each test result counts as an individual test result. It does not matter whether it is from an employee with an earlier test result.

So, you do not have to random test 25 different people. Instead, you must do 25 random drug tests. Whether that ends up being 25 employees or 21, it doesn’t matter.

The Number of Safety-Sensitive Employees We Employ Varies Throughout the Year. How Do I Determine the Correct Number of Random Tests to Conduct?

You must use the average number of safety-sensitive employees eligible for random testing throughout the year.

To find this average, you would need to calculate a weighted average.

But if you just want an estimate, you can calculate an unweighted average. Add up all the different instances that you had a different number of employees. Then divide it by the number of different employees instances.

Second, you won’t be able to calculate this number exactly until the end of the calendar year. As a result, it is a good idea to do a few more tests than necessary to reach the 25% random drug testing rate.

If you are working with a C/TPA, typically they track this for you. But it is still always a good idea to do this calculation yourself and make sure you are meeting the random testing rate.

For a reasonable suspicion drug test, the FAA requires two supervisors to agree on doing the test. One of the supervisors must have training in determining the signs and symptoms of drug use.

There is an exception to the two supervisor rule, though. If an employer has 50 or fewer safety-sensitive employees, one trained supervisor is sufficient to do a reasonable suspicion drug test.

For a reasonable suspicion alcohol test, the FAA only requires one supervisor trained in determining the signs of alcohol use (Yeah, our training covers this too 🙂 ). For alcohol, the supervisor’s observations must be made just before, during, or just after safety-sensitive functions. Alcohol use outside of these time periods is not a federal offense.

This last point is not only the case for FAA testing, but it is important, so I went ahead and mentioned it.

The FAA Definition of an “Accident”

I know, it’s pretty obvious what an accident is. You know it when you see it. But each DOT agency has its own definition of what constitutes an accident, since each agency involves a different type of vehicle. The FAA is no exception.

And as you probably should expect at this point, the FAA definition is specific and detailed:

According to the FAA, an accident is an event involving an aircraft from boarding to disembarking (meaning any time during a flight). And, there must be death, serious injury, or substantial damage to the aircraft.

Death is pretty straightforward to assess. But serious injury and substantial damage?

Serious Injury and Substantial Damage: Required Parameters for an “Accident”

The National Transportation Safety Board (NTSB) defines each of these terms.

There are five parts to the NTSB definition of serious injury:

If an injury meets any of these points and happens during an air flight, we have ourselves an accident.

Substantial damage means damage or failure which adversely affects the structural strength, performance, or flight characteristics of the aircraft, and which would normally require major repair or replacement of the affected components.

In simpler terms, substantial damage is any type of damage that requires serious repairs or replacements. Also, that damage must affect the plane’s ability to function.

To clarify, here are a few examples of what would not be considered substantial damage:

Why Does Determining Whether It Was an Accident Matter?

You need to understand these terms and when the incident is actually an “accident.” Whenever there is an accident according to these definitions, you must do post-accident drug and alcohol testing.

FAA drug testing rules say that any time there is an accident, the individuals involved must get drug and alcohol tested.

If you do not do post-accident testing when it is required, you may face sanctions by the DOT and FAA.

And if you don’t think it is an accident when it in fact is, then you may find yourself in this exact situation.

Let’s assume there was an accident meeting the above points. You must do post-accident drug and alcohol testing on any surviving, covered safety-sensitive employee whose performance may have:

They must not use alcohol for eight hours after the accident. Or until one of the following occurs:

After eight hours, you cannot do alcohol testing. Too much time has passed for an alcohol test to reflect BAC at the time of the accident.

However, FAA drug testing rules allow a drug test up to 32 hours after the accident. Testing can detect drugs after longer periods of time than alcohol.

After 32 hours, though, the DOT and FAA do not allow either drug or alcohol testing. After this much time, testing is unlikely to reflect drug and alcohol levels at the time of the accident.

Another part of FAA drug testing that is specific to FAA-regulated companies is the list of safety-sensitive positions.

The safety-sensitive positions are any positions that involve the following functions:

We have another post that goes into detail on the FAA safety-sensitive positions. In this post you will learn about the various safety-sensitive functions for both the FAA and FMCSA. If you’d like to learn more about all things “safety-sensitive,” then click the link.

Unlike other DOT agencies, the FAA has rules for permanent disqualification. Other agencies allow employees to continually complete the DOT return-to-duty process after repeated violations. The FAA is not so generous.

Also, if you are caught using prohibited drugs or alcohol while performing safety-sensitive functions, you are permanently disqualified. On-duty use is grounds for immediate disqualification.

Again, in this case, you are only disqualified from the safety-sensitive functions your role included at the time of the violation.

They must receive this certificate from the Federal Air Surgeon after the date of the test failure or refusal to test. As a result, the one they held before the testing failure is not valid anymore. And they cannot do their job until they obtain a new certificate.

The FAA has specific rules because of the distinctions of the industry.

The random testing rates, safety-sensitive positions, the definition of an accident, permanent disqualifications, and consequences for certificate holders are all distinct to the FAA.

If you would like more info general to all DOT agencies, you can learn more in our DOT Drug Testing Requirements post. It covers the components of a DOT drug and alcohol testing program.

So now a question for you: are you an employee at an aviation company? If so, are you safety-sensitive? Let us know in the comments below.